Optimisation of the Liquid Hydrogen Turbopump of the Vulcain Rocket Engines

ArianeGroup is the world’s leading designer and manufacturer of rocket launchers, a joint venture equally owned by Airbus and Safran. Their activities cover the entire life-cycle of a space launcher: design, development, production, operation and commercial service — the latter through their subsidiary Arianespace. They built and operate Ariane 5, the most reliable launcher on the commercial market today, and are developing the next-generation Ariane 6 launcher, for which they are the design authority.

For more than 20 years now, ArianeGroup trusts NUMECA’s software tools for the design, analysis and optimization of the Liquid Hydrogen Turbopump of the Vulcain® rocket engine and its successors. While NUMFLO, our consultancy branch, has been providing consultancy service and expertise in fluid, thermal- & aero-mechanical simulation for the development of the Ariane launchers.

Multi-physics simulation is crucial for the assessment of hydrodynamic performances at different stages of rocket engine development, before performing expensive test campaigns. Ariane Deneuve, ?Head of JOLE33, Turbomachinery Functional Design at ArianeGroup: “NUMECA’s software solution is part of the standard at ArianeGroup in designing and validating our machines”.

The Vulcain® is a cryogenic rocket engine, fueled by liquid hydrogen and liquid oxygen. These propellants are stored in two separate tanks at very low temperatures – hence “cryogenic”. The liquid hydrogen is at -250°C and the liquid oxygen at -180°C. The propellant is fed at high pressure to the Vulcain® engine by two separate turbopumps, offering very impressive performance. The hydrogen turbopump is more powerful. It develops some 14MW, or nearly twice the power of a TGV high-speed train, but is concentrated in a space that would almost fit under the hood of your car. With a thermal output equal to that of a nuclear power plant (approximately 3,000 megawatts), the Vulcain®2 engine provides 130 tons of thrust for 7 minutes.

Optimizing the hydrodynamic performances of a space rocket engine like this entails detailed calculation of many physics from thermodynamics to fluid-structure interactions, evaporation and cavitation. This is a challenging task given the complexity of geometrical details and of interaction effects between the components, which must be modeled with accuracy and within an acceptable computation time.

ArianeGroup uses a powerful combination of NUMECA’s solvers OMNIS™/Turbo and OMNIS™/Open-DBS with Openlabs™ with OMNIS™/Autogrid and OMNIS™/Hexpress for the mesh generation.

The legacy FINE™ solvers (now OMNIS™) are the fastest CFD solvers on the market. With the CPUBooster™ module, typical convergence time is below 1CPUh/Mpoints/core. This is a critical advantage for complex optimization cases like this, where many runs have to be performed.

ArianeGroup’s main goal for the next version of the engine, the follow-up of the Vulcain®2.1, is to reduce the costs of the turbomachine by 50% while maintaining iso performance. They plan to achieve this mainly through optimization of the hydraulic vein of the impeller with the OMNIS™/Turbo solver and by achieving a deeper understanding of the physics of the machine so we can limit the number of trials.

NUMECA and NUMFLO are ready for the next level, supporting ArianeGroup to get to space faster and with less energy consumption! 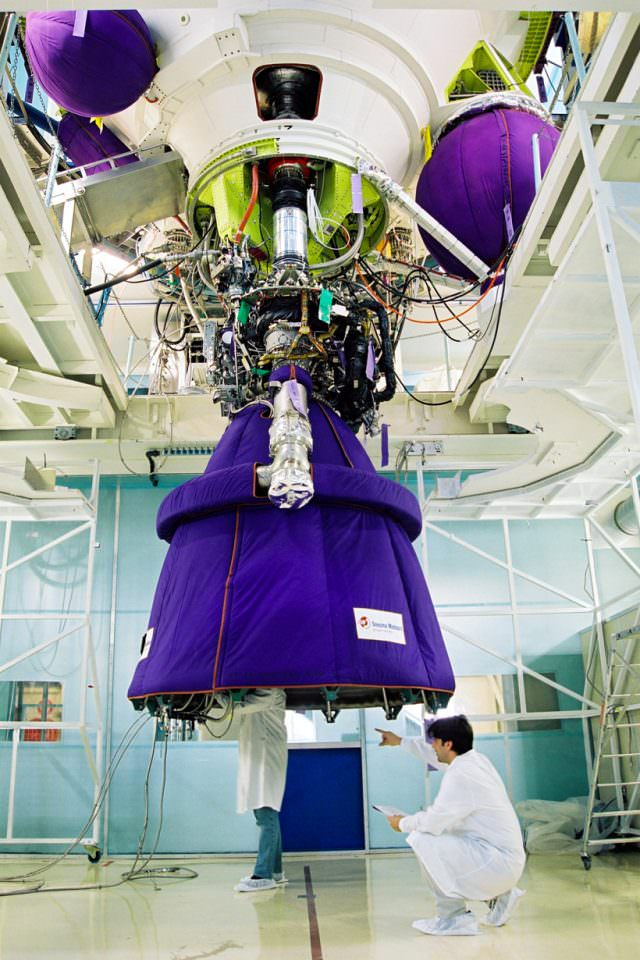