Until very recently, rockets that launched satellites into orbit were completely discarded after a single use -and this is still commonly done for most launches. Within the past year, first generation reusable satellite launch has been demonstrated, and the business case for reusable launch has been made.

As a prime contractor for the Defense Advanced Research Projects Agency (DARPA) Experimental Spaceplane (XS-1) program, Masten Space Systems is developing a launch vehicle with design innovations focused on next-generation reusability. DARPA’s XS-1 program aims to reduce the time to space and cost to space by orders of magnitude by achieving aircraft-like reusability and flight rate [1]. Jess Sponable, DARPA XS-1 program manager, has stated: “We think flying ten times in 10 days is something well beyond the capability of either SpaceX or Blue Origin at this time.” [2].

“Masten Space Systems heavily utilised the FINE Suite at HPC scale to design our next-generation reusable satellite launch system. We developed an aerodynamic configuration that hasn’t been done before for launch or reentry. First wind tunnel tests confirmed critical aspects of the design, and predictions compared well with measurements.”

Requirements include cost per flight of less than $5 million USD transporting 3,000 lbs to a 100 nmi reference orbit inclined 90 degrees. Masten engineers needed to optimise the booster design over a wide range of flight conditions, including ascent from sea level to hypersonic speeds at the upper-stage-separation point, and then reentry and return flight.

NUMECA-USA has worked closely with Masten Aerodynamics Lead, Allan Grosvenor, and his team to develop an HPC-driven workflow that enables concept development, evolution, and optimisation, of vehicle configuration that takes into consideration aerodynamic performance, control, loads and aerothermal heating, with simultaneous trajectory optimisation.

A study of the HIFiRE-1 high speed transition experiment was one of several test cases used to validate NUMECA solver predictions (Figure 1). The HIFiRE-1 experiment (Wadhams, et. al. 2008) is a Cone-Cylinder-Flare configuration, exposed to Mach 7.2 flow (Re 1E7) conducted at the CUBRC LENS hypersonic tunnel. The numerical results are shown to capture relevant physics and to predict pressures and heat fluxes, and particularly the peak heating which is critical to thermal protection system design.

The ship design is controlled parametrically with NUMECA’s AutoBlade™ modeler. A set of parameters control the canopy’s length and height, the wing and vertical stabiliser angle and sweepback, and the nose radius and droop (Figure 2). Extensive sets of parameters are available for more detailed 3D shaping and variation of all portions of fuselage, lifting and control surfaces, etc.

DoDHPCMP supercomputers [3] were leveraged to conduct the extensive studies, and the Computational Pipeline (Figure 3) indicates the organised workflow that was executed to run the sophisticated design evolution process. Masten Space Systems found that only with NUMECA could they systematically produce high-quality grids (flow domain discretisation) and high accuracy solutions.

The meshing task was automated with HEXPRESS™/Hybrid, which is the new generation multi-core meshing tool of NUMECA. It has been designed to generate meshes of complex geometries, regardless of the CAD format and quality (Figure 4).

This tool produces full hexahedral and hex-dominant meshes completely in parallel and in batch mode, which has been the perfect match for Masten’s challenge. Masten Space Systems chose to utilise the option producing pure hex meshes.

The CFD simulations were all executed with NUMECA’s FINE™/Open CFD solver, and then post-processed through scripts running all in batch in a fully automatic way. Data-mining of the full 3D solutions feeds the optimisation process.

The following animations are comparisons between the baseline vehicle and the new design for reentry performance and stability.

MASTEN is lowering the barriers to space access. Their mission contributes to a shared strategic goal of extending human presence across the solar system. Their approach: reusability. Their technology development focuses at the core on entry, descent, and landing technologies (EDL) to ensure precise and safe landings on planets and other celestial bodies. Learn more 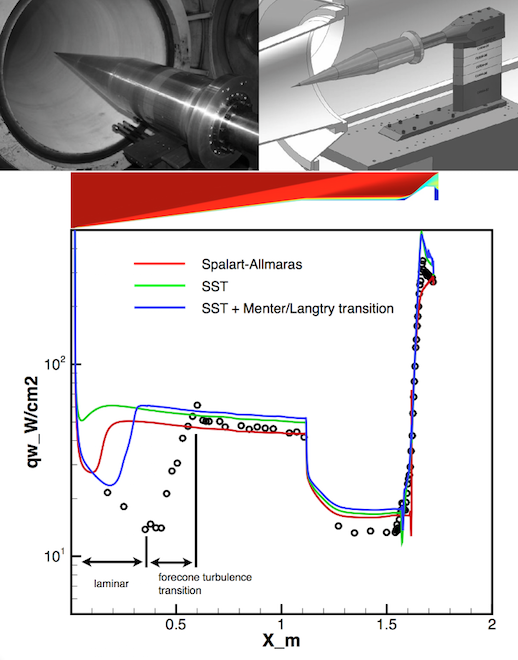 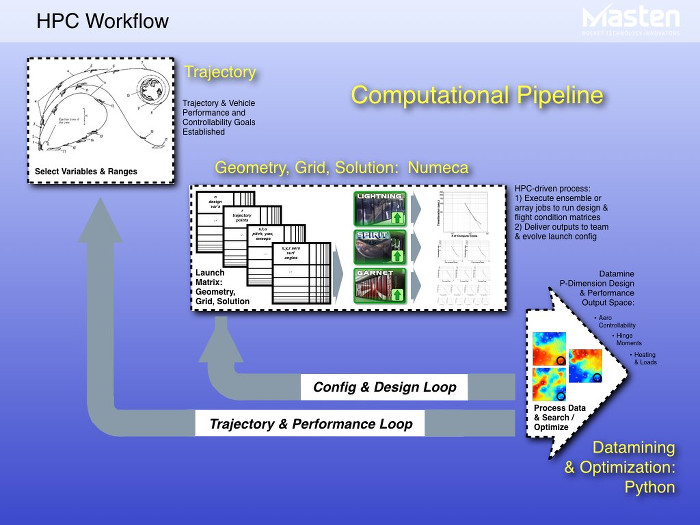 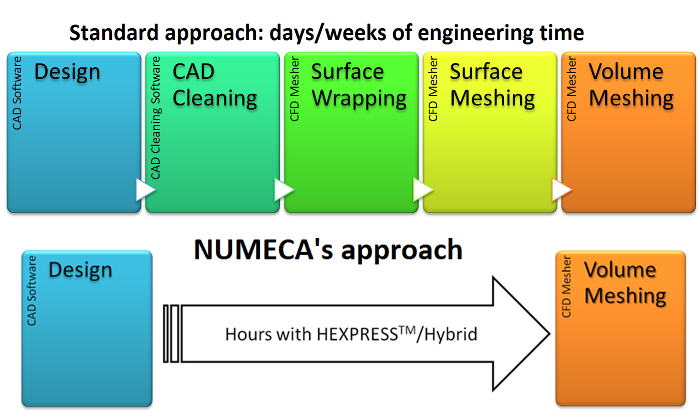 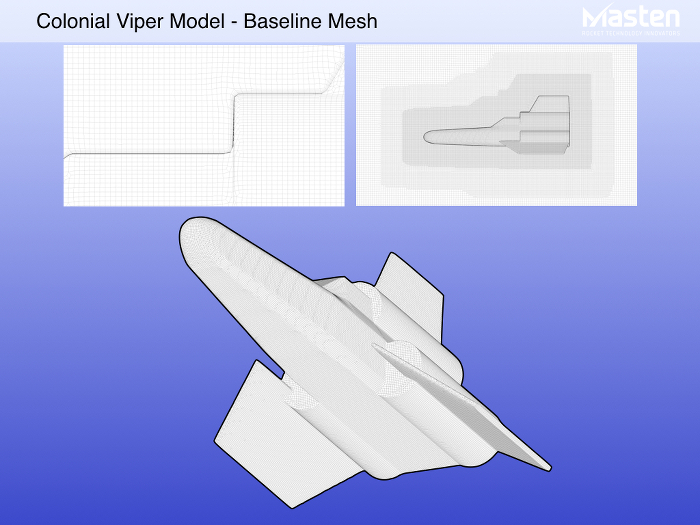 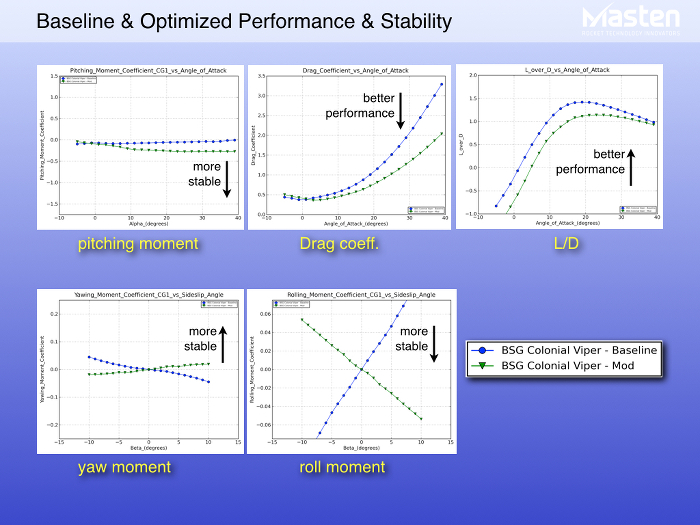