Every 2 years competitors from around the world set out on a grueling race across the Australian outback: the World Solar Challenge. The competing solar-powered cars are built by some of the brightest young minds on the planet. Student teams from all over the world, push the limits of technological innovation by engineering and building a vehicle with their own hands, powered only by the sun. The competition is designed to promote research on solar-powered cars.

The Belgian team Agoria won last year’s race with their car called BluePoint. BluePoint is the result of years of research by different teams of thesis students from KU Leuven.

One of the most important objectives of solar-powered car development is to minimize power consumption by reducing drag. To find the optimum design within the limits of the competition, the Agoria Solar Team ran many simulations using OMNIS™, and were able to make a large variety of design changes thanks to its quick and easy, yet high-quality mesh production.

Where in previous aerodynamic simulations of the car, the wheels were not taken into account or considered as static, the thesis of Kristof Borgions and Thomas Holemans [1] discussed in this article, focuses exactly on this part of the car. The influence of the rotation of the wheels in this research was investigated using FINE™/Open with OpenLabs™.

As a starting point, previous simulations of the car without wheels were considered as performed by Vandervelpen and Uten [2]. To keep computational time within reasonable limits for a master’s thesis work, the rim and tire were simplified. For example the grooves in the tire were not taken into account and the wheel arch was also simplified. The gap for the suspension was closed as the flow inside the car was neglected. In addition, only half of the car was considered in the simulation, neglecting the flow around the canopy.

Starting from a CAD file in Parasolid format, a full hexahedral mesh was generated of around 11.5 Million cells.

OMNIS™/HEXPRESS was used to automatically group the many different surfaces from the original CAD. This drastically simplifies the further steps of the simulation process. For example by having all narrow fillet surfaces in a separate group, additional refinements can easily be made to be able to accurately capture the curvature while keeping the cell count limited. The leading as well as the trailing edge of the car can be captured accurately through an appropriate refinement.

Considering the high focus on the wheels in this work, special attention was put on the meshing of this area. For example, the space between the wheel and the arch needed to be captured accurately. As this is variable, a proximity refinement was used: the cell size was based on the distance between the two surfaces, allowing for a limited cell count.

The simulations in the thesis were performed with the FINE™/Open solver for a 3D unsteady RANS simulation. Based on previous work [2] the k-w SST turbulence model was used, as this would give the best results compared to wind tunnel measurements.

For the simulation with rotating wheels a Moving Wall boundary condition was used for the wheels, with an imposed radial velocity corresponding to the speed of the car. This was justified as the tire grooves and rim spokes weren’t taken into account. In reality stationary wheels (in a wind tunnel) would correspond to a stationary ground, but in this research a moving floor was imposed to be able to compare the results of calculations made with the same conditions.

The simulations were run on 26 cores with 160 Gb of RAM on a workstation of the ‘Applied Fluid Mechanics and (Aero)Acoustics’ research group of KU Leuven, campus Groep T Leuven. A first steady simulation was performed in 52 hours, corresponding to 4.5 CPU.h/Mpoints. For the unsteady simulations there was a remarkable difference: where the simulation with stationary wheels took 440 hours to stabilize, the simulation with rotating wheels took only 44 hours. This difference can be entirely attributed to the vortex shedding that is observed in the case of stationary wheels. Due to the rotation of the wheels, the amplitude and frequency of vortex shedding was significantly reduced.

The computed CdA compares within 0.95% with the one measured in a wind tunnel. As the present simulations did not include the canopy, the computed results were corrected based on previous results including the canopy [2].

This work with OMNIS™/HEXPRESS and FINE™/Open with OpenLabs™ is an example of a work performed by students in the limited time available for a master thesis. It provides more insight into the flow structure around rotating wheels and its significant impact on pressure drag. Rotation of the wheels causes as much as 40% decrease in drag on the wheels, resulting in a 10% reduction of the CdA of the complete car. This work helps in particular to increase confidence in the comparison of simulation results with experimental results in road conditions and wind tunnels. 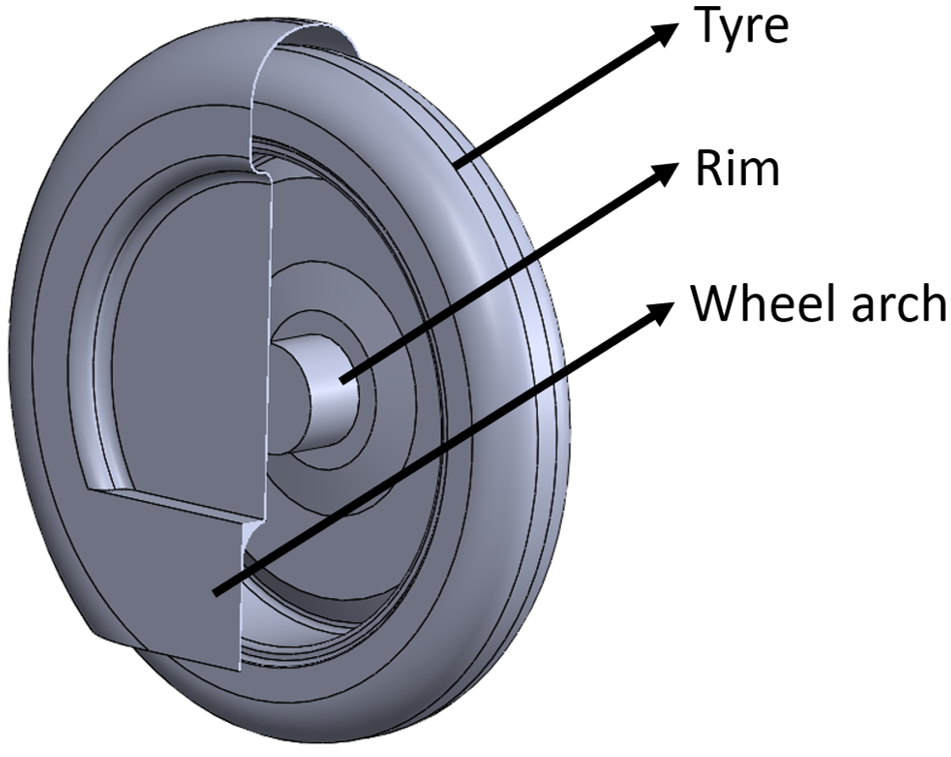 Figure2 Position of wheel in the car 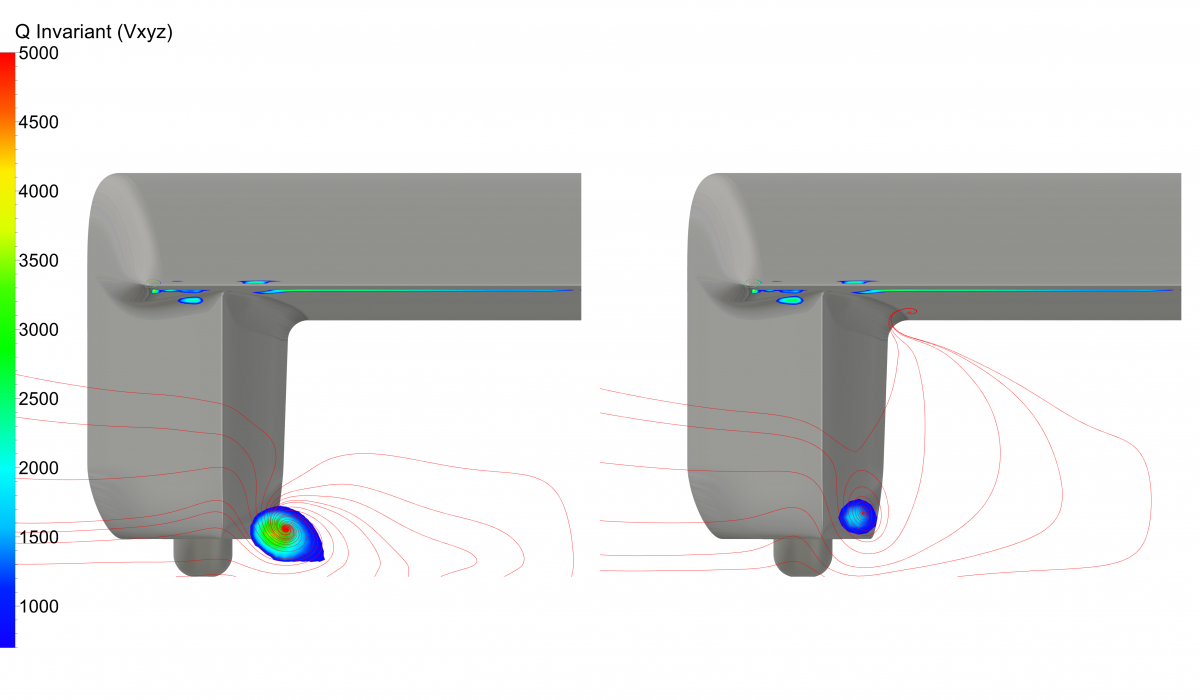 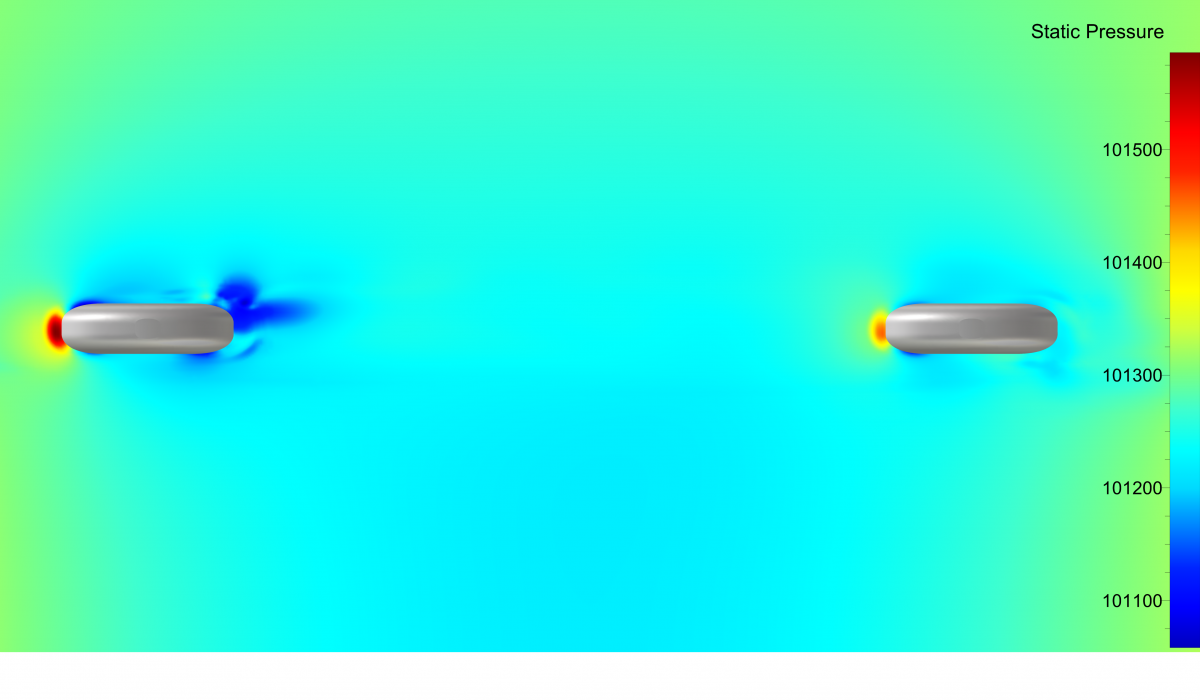 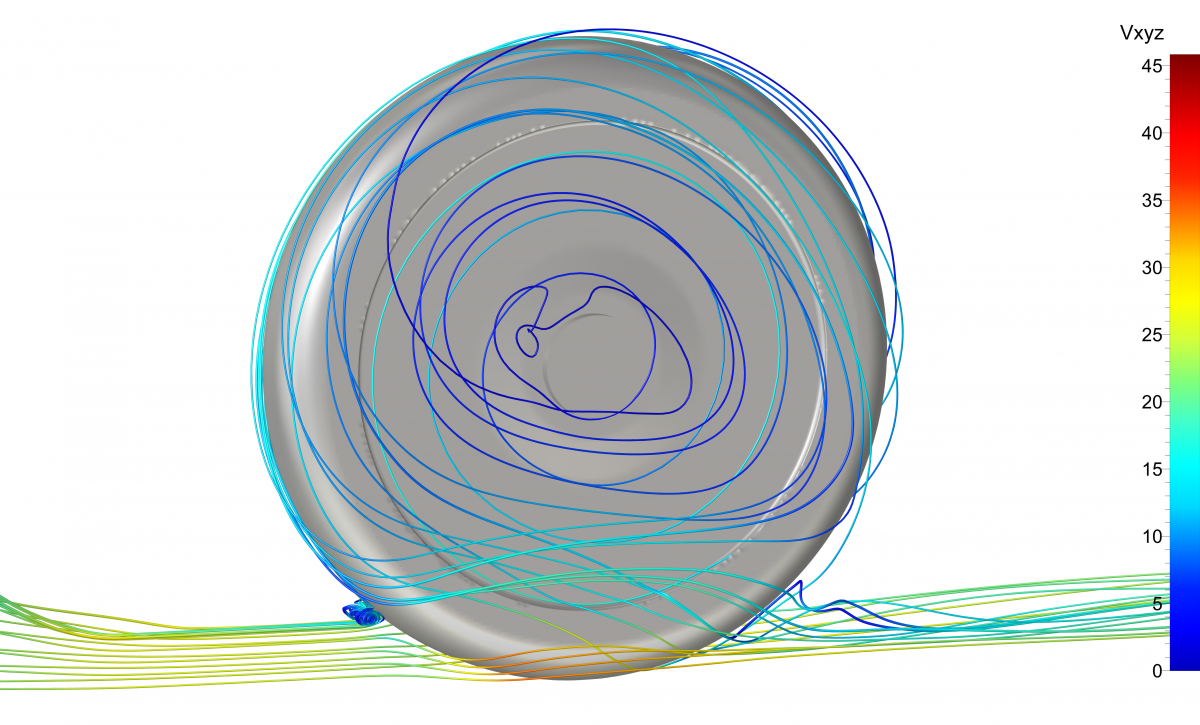 Figure7 Streamlines colored by velocity around the front tyre