AeroDelft is a student team at the forefront of sustainable aviation. While based in Delft, over forty students from different schools and universities around the Netherlands have joined together and are working hard to push the airline industry towards a sustainable future. AeroDelft has one main goal; to prove and promote liquid hydrogen as an alternative to conventional fuels in aviation. Air travel has been on the rise ever since it became a mainstream form of transportation, and it does not show any sign of slowing down.

“To preserve the world we live in there are two options: stop flying or revolutionise the way in which we fly. AeroDelft aims to play a key role within that revolution.”

Currently, the team is working on two projects simultaneously. In 2018 Project Phoenix was founded. The team is now working on the final stretch of the Phoenix prototype, aiming to have the first successful liquid hydrogen powered flights in the summer of 2021. In addition, this year the Phoenix Full-Scale project has begun. This project will have a longer timeframe but also has a major goal. By the year 2024 AeroDelft hopes to launch a full-scale liquid hydrogen powered aeroplane, which will be able to seat two people. From there on, the sky’s the limit!

Getting the aerodynamics right for minimum energy consumption

One of the main requirements for developing hydrogen powered aircraft is to get the aerodynamics exactly right in order to minimize energy consumption. This is where AeroDelft’s partnership with NUMECA comes in. To achieve the optimum aerodynamic design for their Phoenix prototype, AeroDelft uses OMNIS™ to be able to run many simulations and test a large variety of design alternatives until achieving the optimal result. The Open-DBS solver was used for calculations on cruise conditions with an inlet velocity of 23 m/s, cruise height of 100m, pressure of 101325 Pa and temperature of 15 degrees Celsius.

To meet the need for preliminary lift and drag estimates, OMNIS™ was used to run four simulations with increasing mesh resolution. Limited hardware use and simulation time were critical requirements. Starting from a CAD file, three fully hexahedral meshes were created with OMNIS™/HEXPRESS and a simulation was run on each of them. The first mesh was not refined within the boundary layer. In further mesh refinement, viscous layers were inserted to model the physical boundary layer with increased accuracy using a wall function. Additionally, volume refinement was applied to investigate its influence on the solution. This is visible in Figure 1.
The geometry of the aircraft CAD file included many small surfaces that were not very relevant for this analysis. Resolving these surfaces would normally drive up the cell count considerably, but with HEXPRESS these regions can easily be meshed using a much larger cell size. A good mesh quality was achieved with basic meshing settings and without any special treatment or refinement in geometrically complex areas. A closer view of the surface of the aircraft and the mirror plane are visible in Figure 2. HEXPRESS was able to compute an 8.5 million cell mesh in 22 minutes on 10 cores using an Intel® Core™ i9-7920X CPU. A simulation on the same mesh and hardware was completed in 2 hours and 13 minutes using CPU Booster technology. This is the equivalent of 2.6 core-hrs per million cells.

Simulations were run using the k-wSST turbulence model. A 1:3 scale model of the aircraft was studied in cruise conditions. Half of the geometry was simulated using a spherical domain. The first mesh dependency study provided a clear overview on the importance of mesh volume refinement for aerodynamics simulations. Figure 3 shows the Mach number on the symmetry plane for the three meshes. The meshes with volume refinement clearly show better capturing of the aircraft wake than the coarse mesh without volume refinement.
Increasing the number of viscous layers had a significant impact on the predicted lift value. Such sensitivity studies are useful in identifying refinement areas that have the highest impact on the results for the lowest increase in computing cost. Table 1 shows an overview of the results. Furthermore, the pressure coefficient on the surface of the aircraft was calculated using the finest mesh as can be seen in Figure 4. Nondimensional quantities such as the pressure coefficient are very useful in scaling studies and comparisons with experimental results.
This project is an example of the fact that it is possible for student teams to perform numerical studies with a significant impact at a reasonable computational cost. Subsequent studies could explore the sensitivity of the results to further refinement at the leading/trailing edge of the wing and the vertical/horizontal stabilizer or the wake of the aircraft. 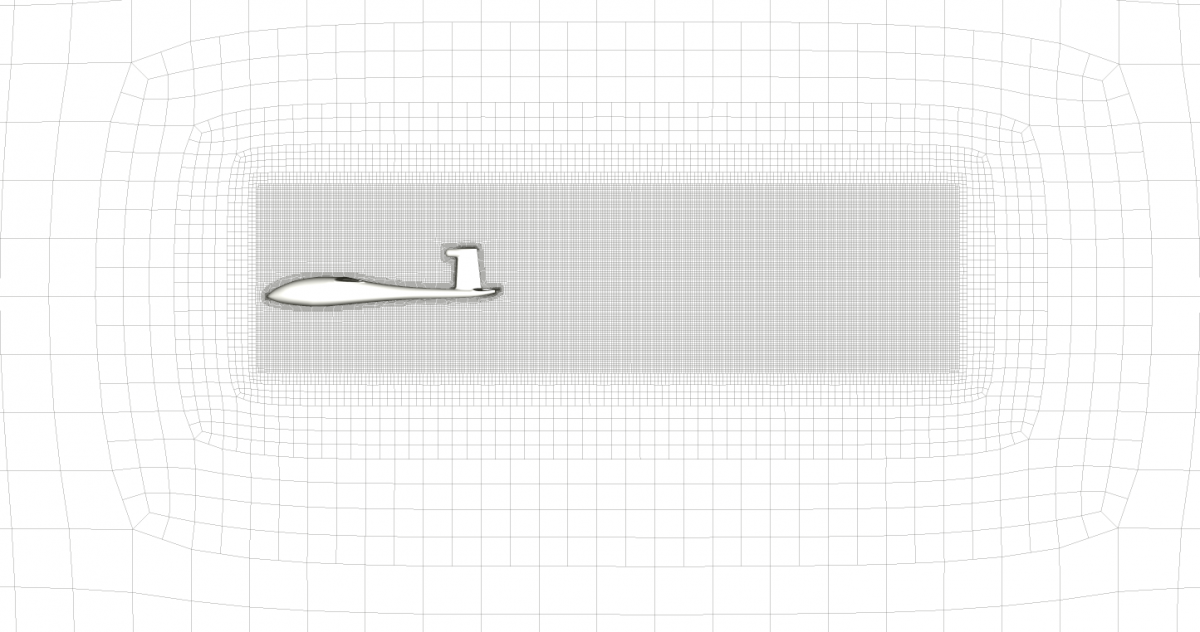 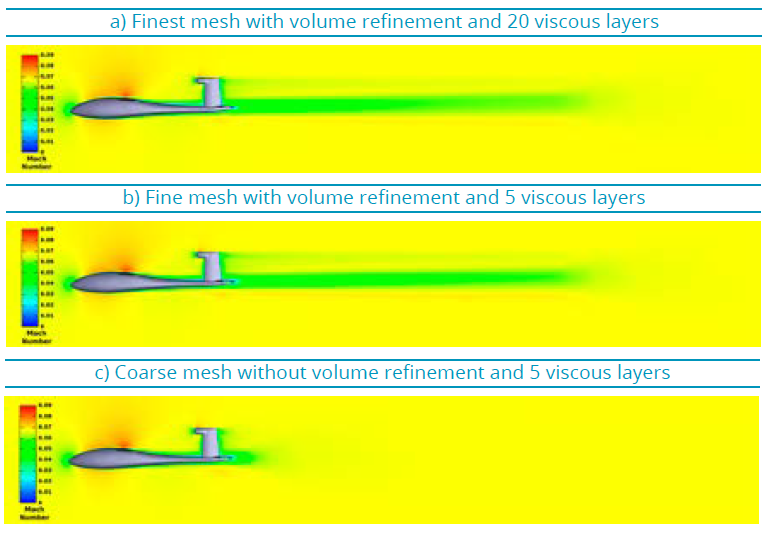 Figure 4: Pressure coefficient on the surface of the aircraft