This study demonstrates the application of NUMECA Software on a generic missile, the ANF (Army-Navy Basic Finner). It is a typical test geometry, meaning that there is plenty of reference data available to the public, making it ideal for comparison and validation of various numeric methods. The reference data is taken from US Army Research Laboratory Report ARL-TR-6725 (November 2013), showing both free-flight test and wind tunnel data, in a huge speed regime from Ma 0.5 to Ma 4.25.

The geometry of the ANF is quite simple and can be taken from Figure 1. The dimensions are given in calibre (1 calibre = 0.03m), meaning that the missile is 0.3m long, the various free fight models weighted 1.5894 kg. Since a low Reynolds approach was targeted, small near-to-wall cell sizes are required for such high speeds. This in turn also requires a fine triangulation of the geometry, also when keeping the very small radii at the missile nose and fin leading edges in mind (0.12mm). For most of the simulations a large 1/8th sphere was used (R=20.0m, see Figure 3), making use of two symmetry planes for the cases at 0° angle of attack. Some configurations required an AoA of 1° however, making it necessary to increase the domain to 1/4th sphere.

Pure hexahedral numerical grids were generated to achieve a high mesh quality while keeping the cell count reasonable. Three grids of different density were created, an overview on cell count and quality is given in Table 1. Special attention was given to flow relevant features:

Some impressions of the fine (15M cells) mesh are given in Figure 4 to Figure 7.

In all simulations the CPU-Booster™ was used, both during coarse grid initialisation and on the fine grids Some other specifics were:

Figure 1 Sketch of the ANF Generic Missile, dimensions are in calibre 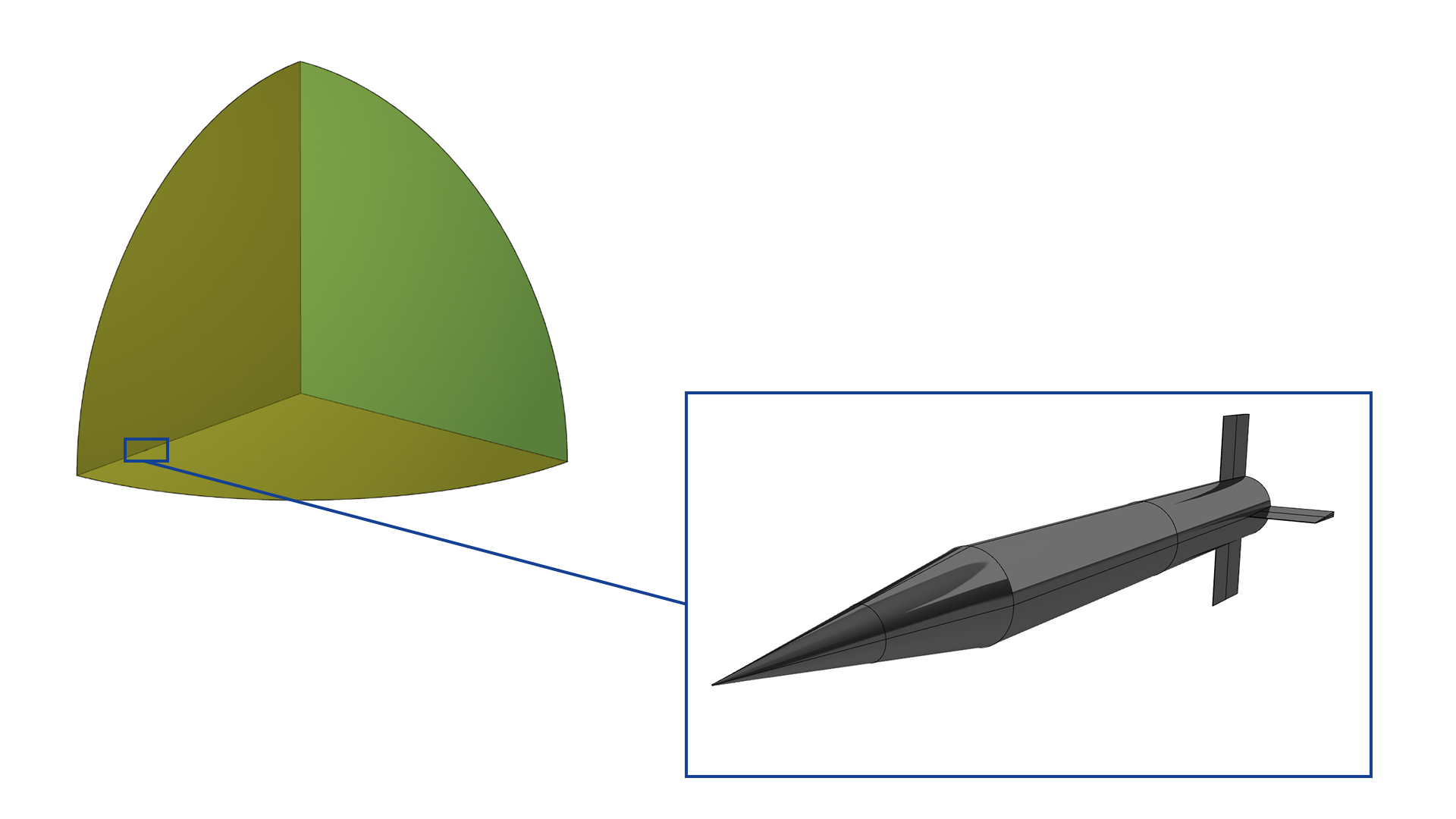 Figure 3 The ANF in relation to the CFD domain 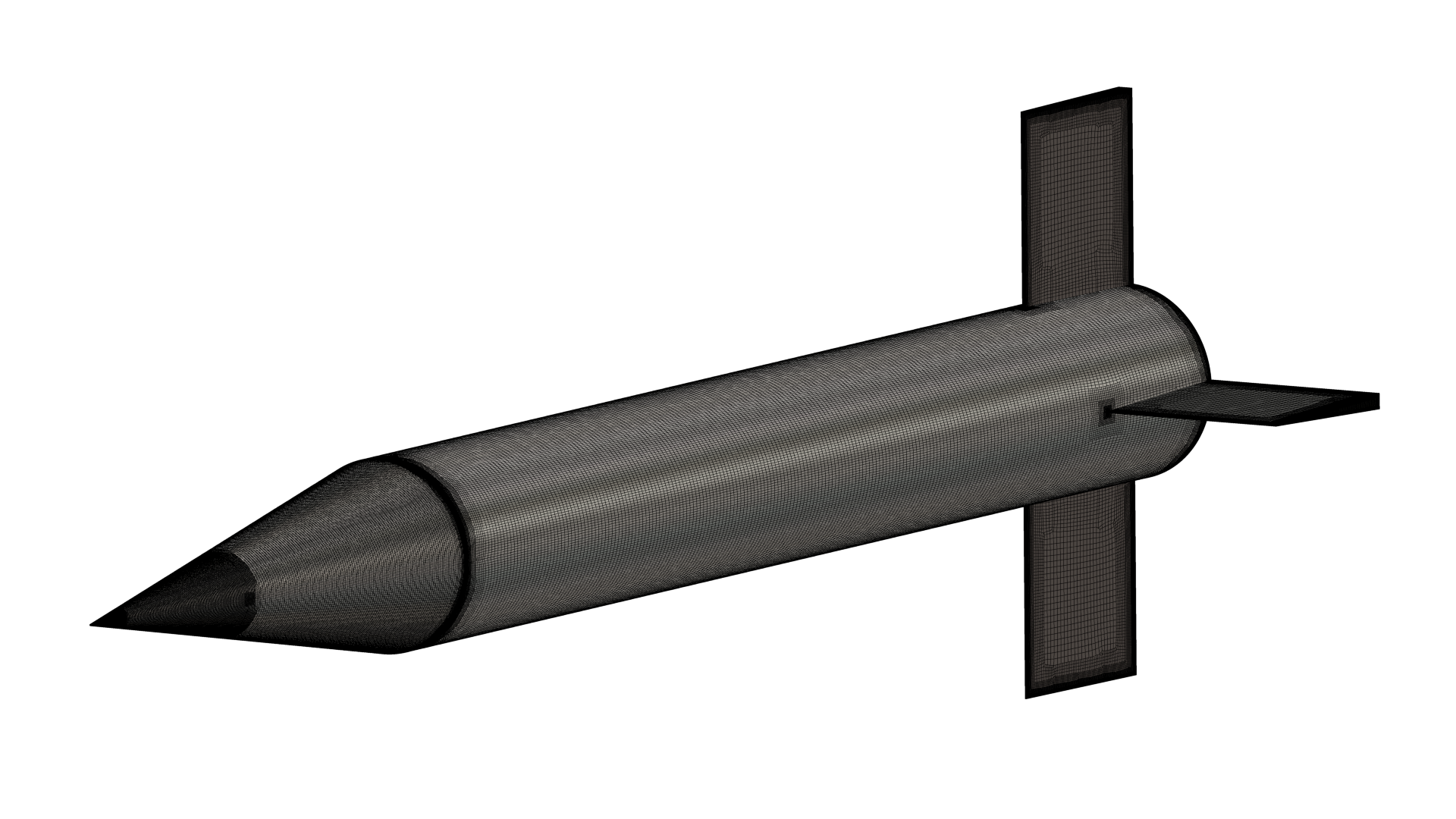 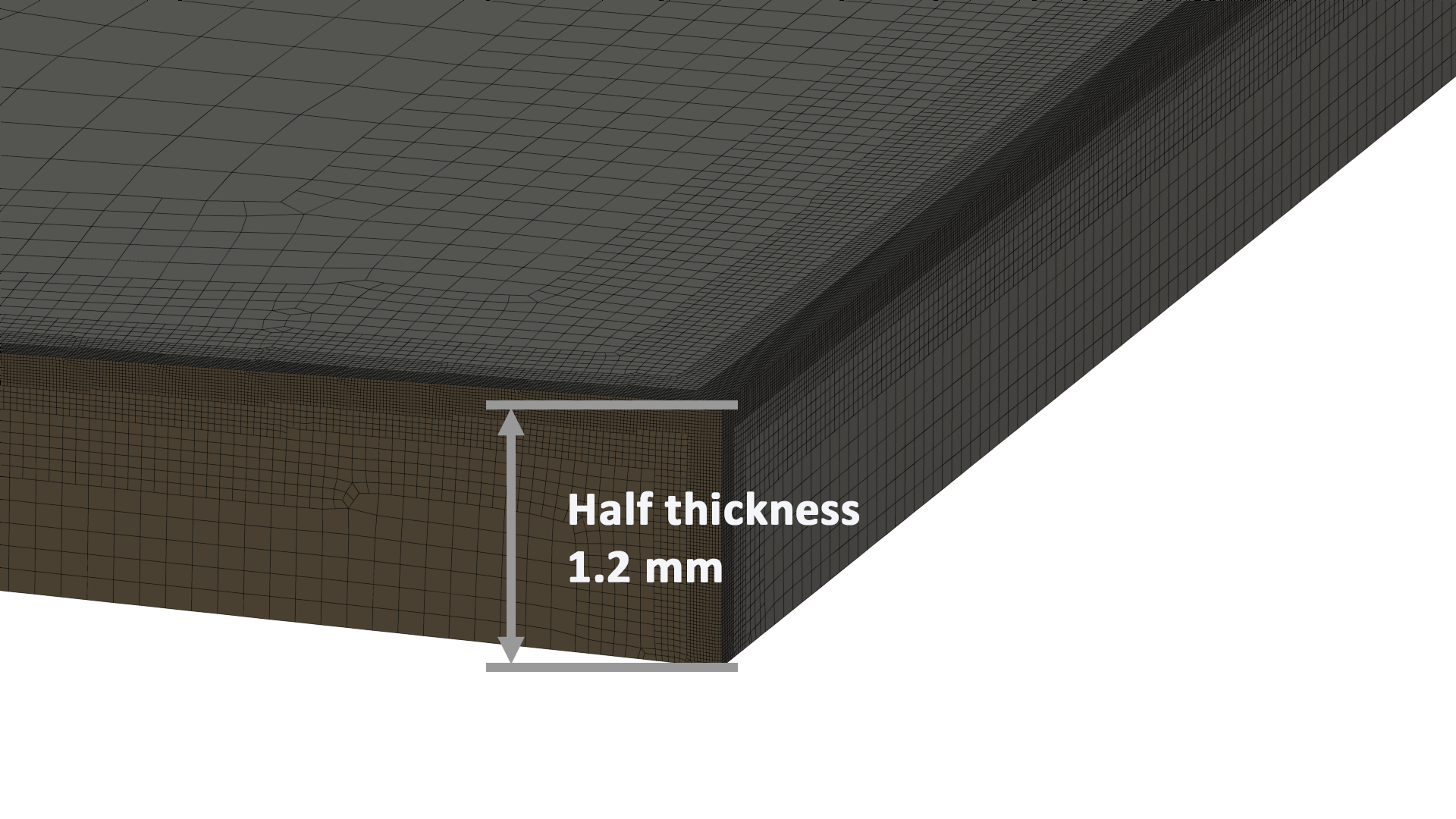 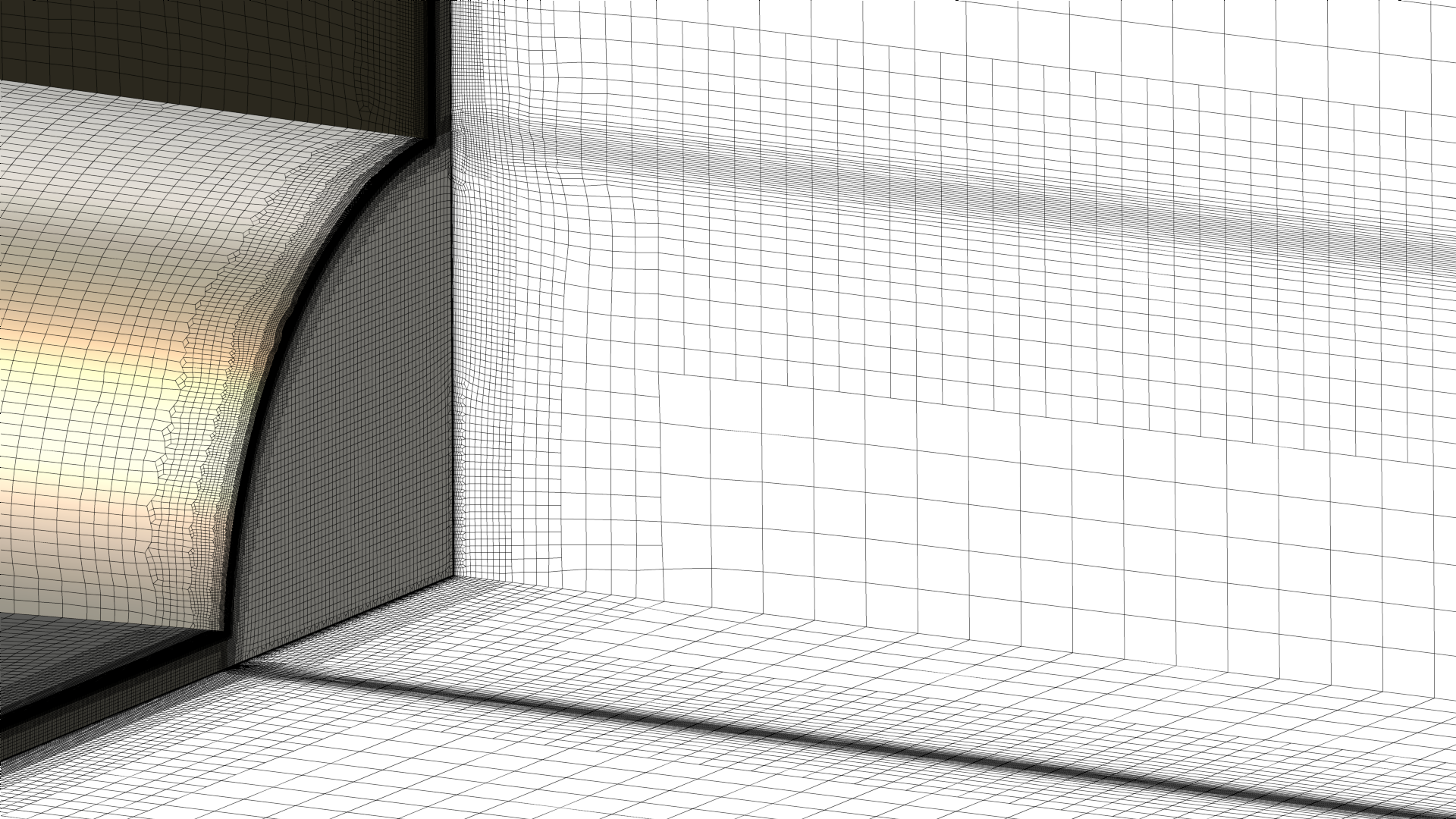 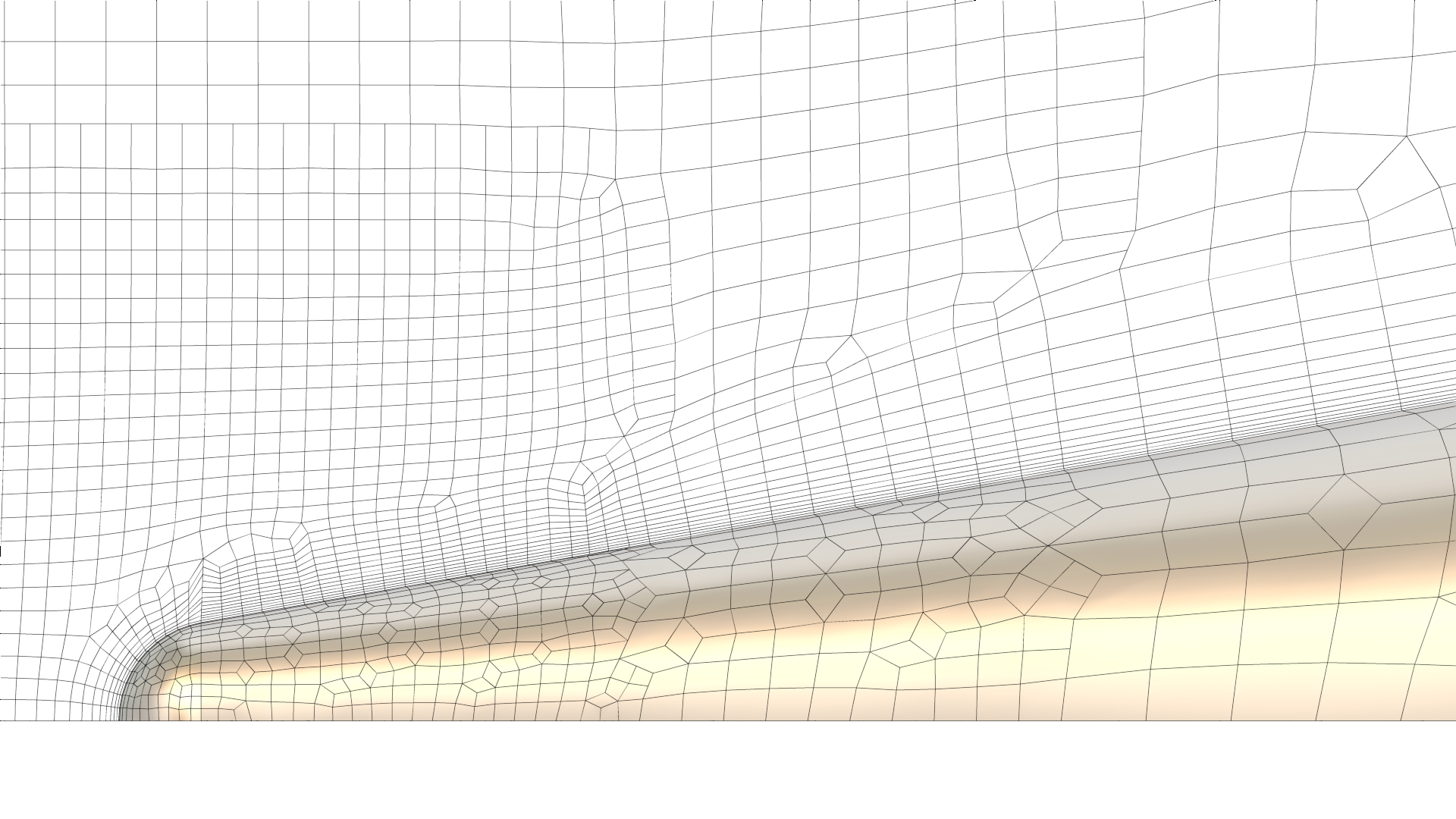 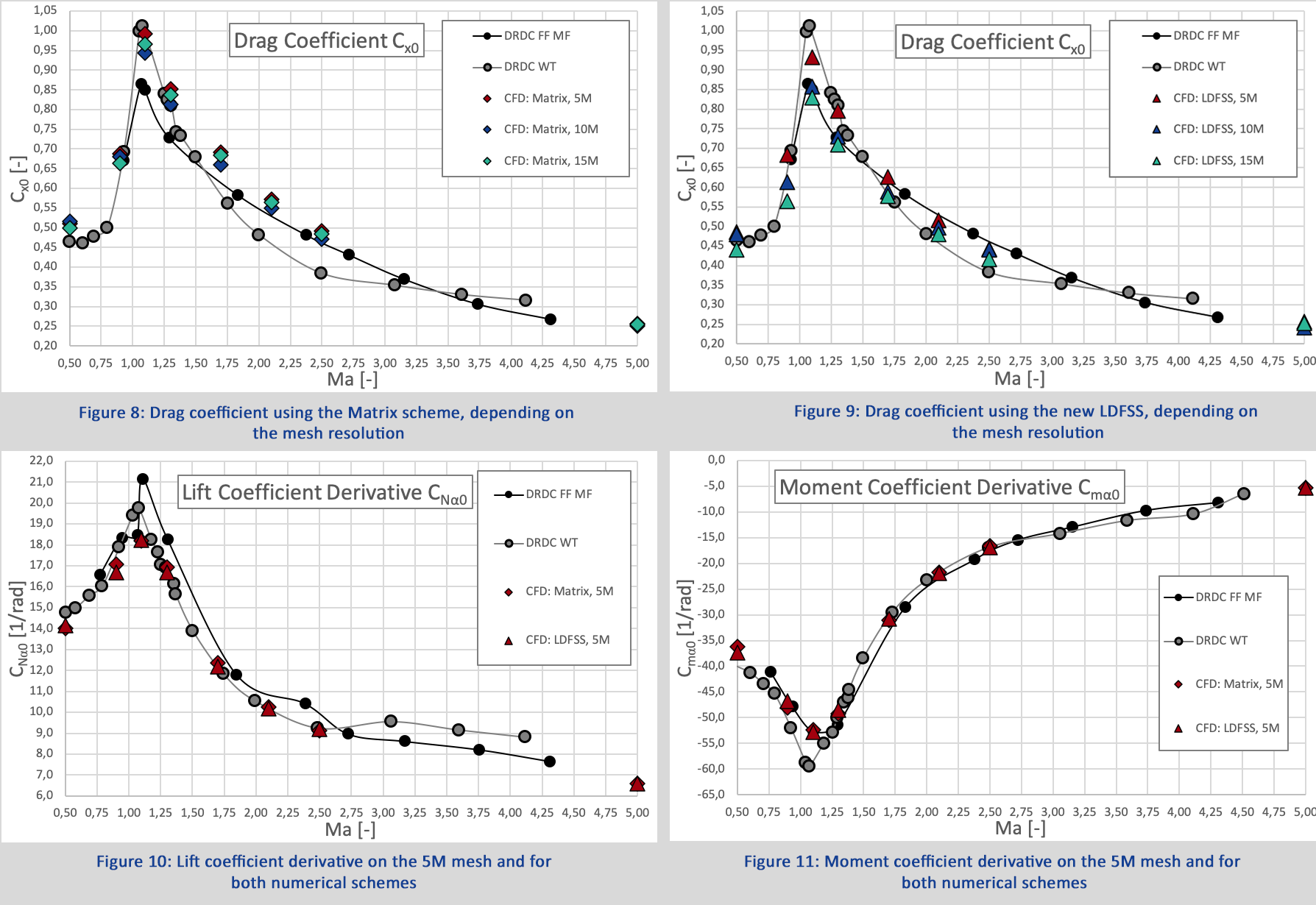 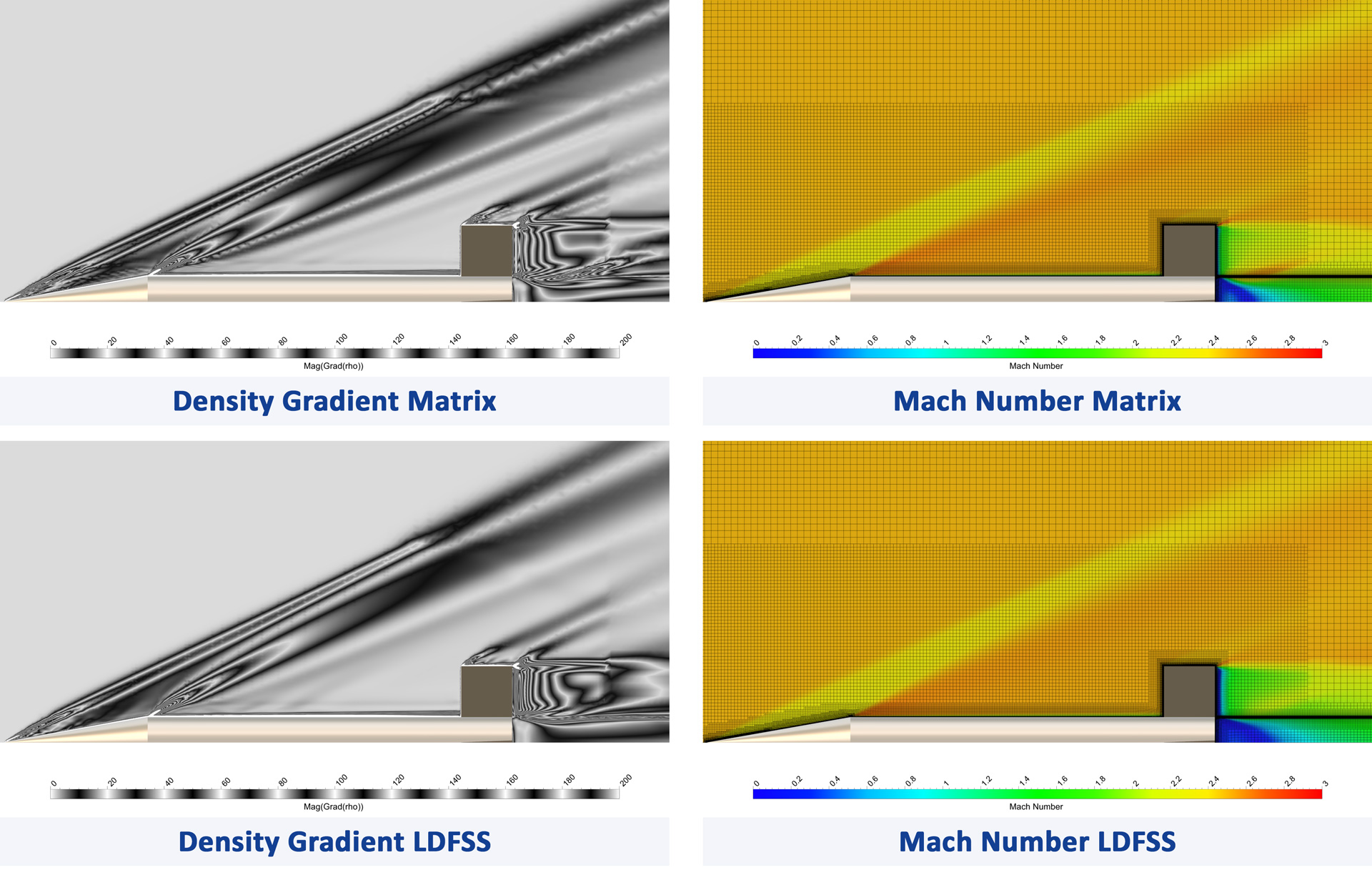 Figure 12 A qualitative comparison of the two schemes at Ma 2.5 and on the 15M mesh 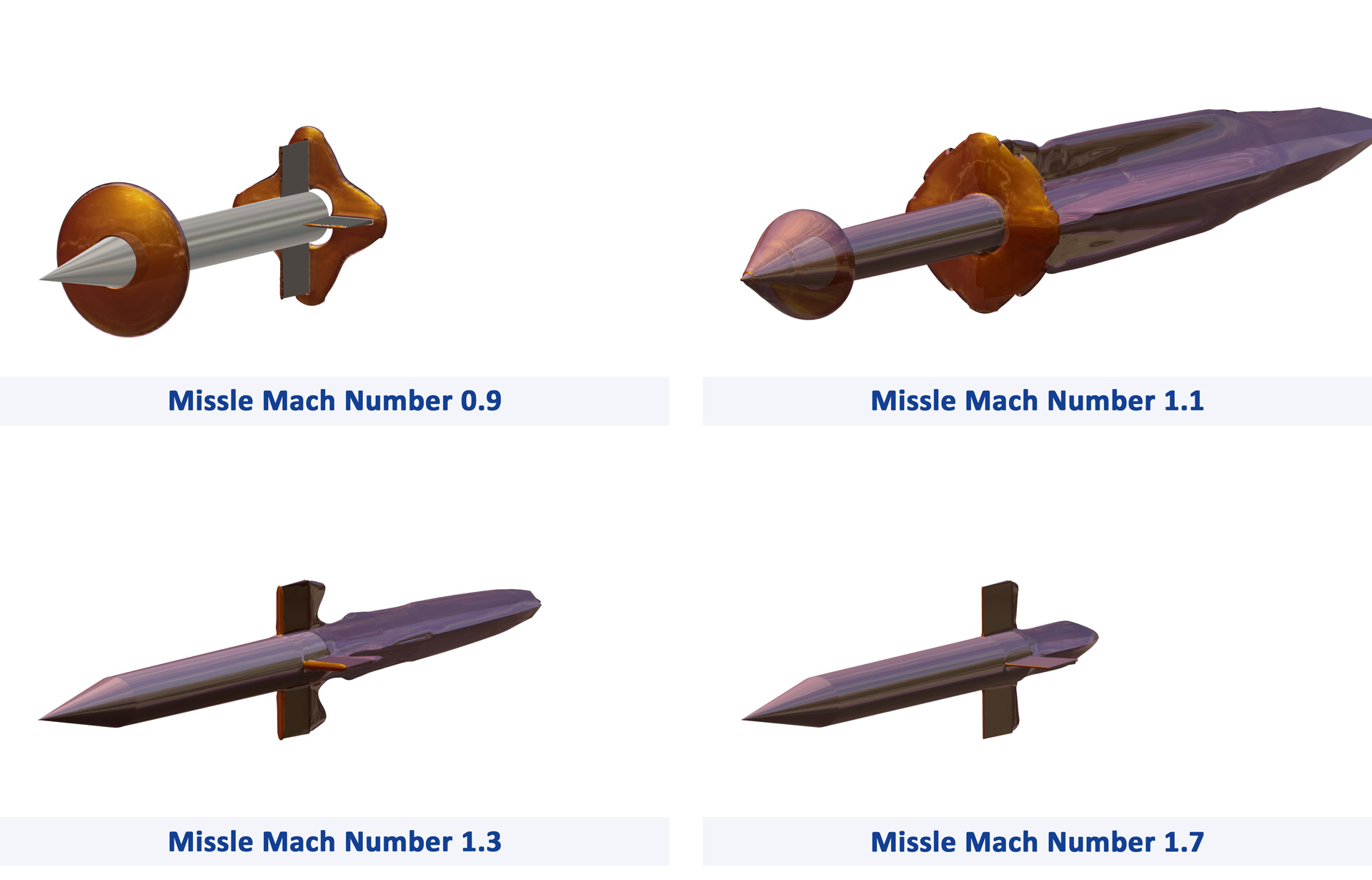 Table 1 Overview on the grids used in this study 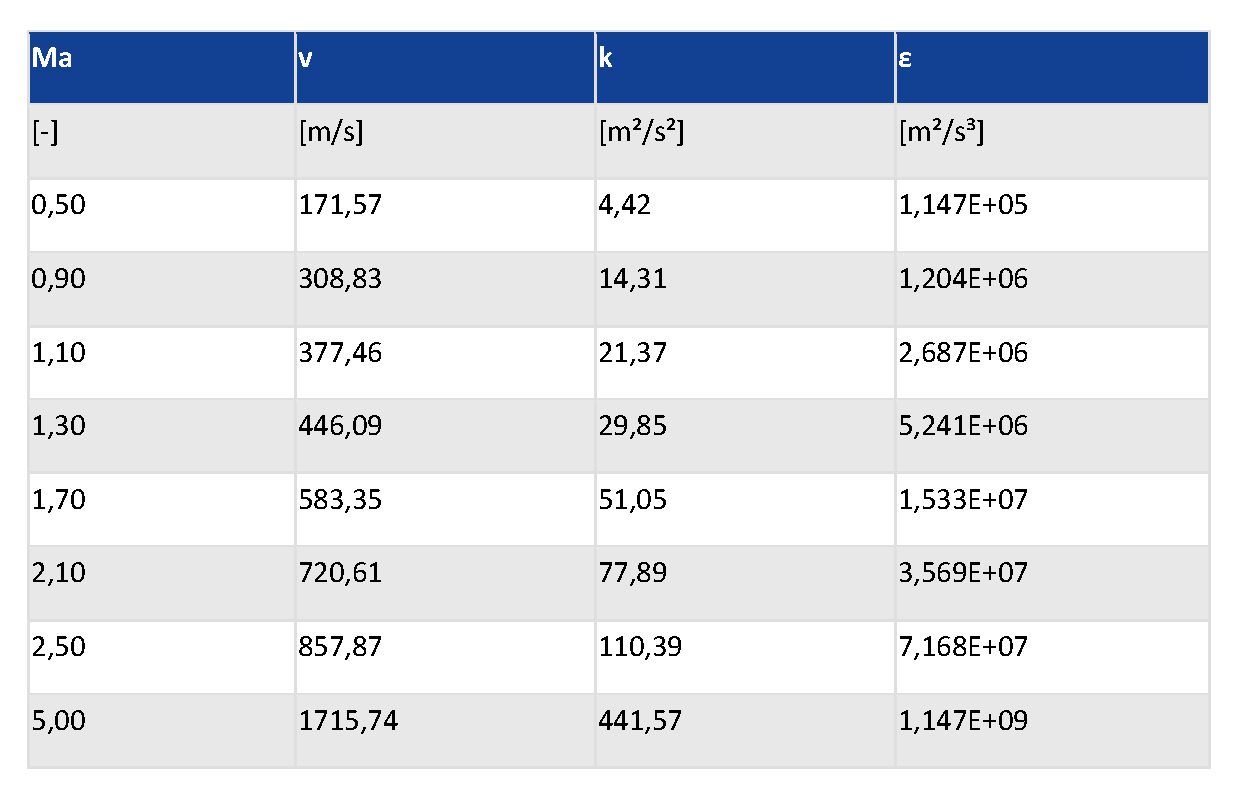